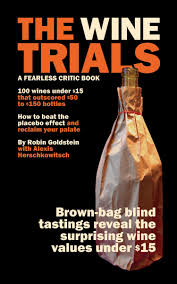 What is it with some people and wine?

Nobody would argue that Hershey’s chocolate is better than Dagoba or Ghirardelli, or that there’s no difference in quality between a Mercedes and a Mercury.

And yet, when it comes to wine, it seems every six months someone is trotting out “evidence” that there’s really no difference between higher-priced bottles of wine and the cheap stuff. That it’s all about elitism and marketing and hype.

When I was first learning about wine, I bought into it, too. I’d tried $6 bottles and $16 bottles, and there didn’t seem to be that much difference. So why spend the extra $10?

Then I did a write-up on the Hermitage Inn in Wilmington, Vermont, and got a chance to sample from its 30,0000-bottle cellar. My first $40 bottle of wine, from California’s Far Nientevineyard. Wow! Here was a wine that outshone the hype. It was complex, light, dazzling… and totally worth the price.

I still buy cheaper wines (who can afford $40 a week on wine, in this economy?), but I totally lost sympathy for the elitism/marketing whiners.

Like Robin Goldstein. His study, which “proved” that most people couldn’t tell the good stuff from the cheap stuff in blind taste tests, made the rounds this past spring (here and here), and is cropping up again. Jonah Lehrer, at The Frontal Cortex, just brought it up, and Andrew Sullivan picked up on it too. Both of them pushed the line that, in Lehrer’s words, “expensive wine doesn’t necessarily taste better, at least for people who aren’t wine experts”.

This kind of “study” always bugs me, so I tend to delve into the raw numbers to see where they’re pulling their conclusions from. And guess what?

So what’s the real scoop? Goldstein was publishing a book: “The Wine Trials: Brown-bag blind tastings reveal the surprising wine values under $15.” That certainly explains the fact that 90 percent of the study’s wines were under $15.

Their choices of more expensive wines? Mere foils, so they could say things like:

“…when more than 500 blind tasters around the country sampled 6,000 glasses of wine ranging in price from $1.50 to $150, their preferences were inversely correlated with price. For example, Domaine Ste. Michelle, a $12 sparkling wine from Washington State, outscored Dom Pérignon, a $150 Champagne, while a six-dollar Vinho Verde from Portugal beat out a $40 California Chardonnay and a $50 1er Cru white Burgundy.”

The book is a nice idea. There are a lot decent wines out there for under $15, and a guide is a great thing (see here for another good source of tips). But it’s just not a source of accurate scientific data.

And yet they managed to market their ‘findings’ into the pages of Newsweek and the New York Times… while pontificating on the notion that much of wine snobbery was nothing but marketing. Ah, the irony..