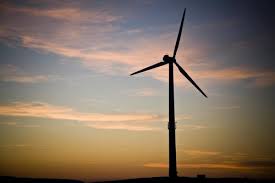 You want numbers proving that Trump is on the wrong side of history when it comes to climate change, the Paris agreement, and the battle between clean energy and dirty coal? We’ve got numbers for you.

Writing in the Wall Street Journal, Jason Bordoff (@JasonBordoff) founding director of the Center on Global Energy Policy at Columbia University, says energy is undergoing a profound transformation, and nobody can turn back that tide.

For example, here’s what he has to say about coal:

That’s an incredible collapse. When Donald Trump said he’ll put coal miners back to work by gutting environmental regulations (AKA, 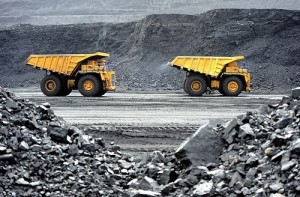 protections to keep Appalachian kids from drinking poisoned water and to keep their dads from dying of lung disease), he’s lying.

Bordorff says regulation didn’t kill those jobs; it was the the good ol’ free market:

What could save coal? He says only an unlikely market reversal that would see prices rise for fracked gas and renewable energy – when in reality both have been steadily declining.

He adds that half of the revenue the coal companies lost in the past 5 years came from China’s slowdown. Ten years ago the coal barons were trying to work out ways to ship their dirty product by rail through west coast ports to fuel the booming Chinese market; China is still booming, but they want clean energy, not coal.

And Trump can gush all he wants about opening up more public lands for coal mines, but what’s the point? US coal companies don’t have the capital, banks are wisely refusing to invest in a dying industry, and there’s no market for the stuff even if they COULD be developed.

And the same thing is true of oil industry jobs. US oil output was ALREADY set to rise 1 million barrels a day in 2017 before Trump even showed up, mostly because of improved technology (much of it developed by government research programs Trump is talking about cutting). Slashing production regulations and letting industry waste methane by burning it off won’t make a difference.

The flip side, of course, is that oil prices ARE low, so expensive-to-produce oil, like that found in the Arctic Wildlife Refuge, won’t go on line any time soon. Once again, the market trumps Trump.

As for LNG (Liquified Natural Gas), Trump is easing rules on export at exactly the wrong time. Again, the global market is glutted and prices are low.

And what makes all of these market-denying moves by Trump even worse is: They ignore the very real costs that all of these forms of dirty energy production lay on the rest of the economy, which include such tangible items as:

As Bordoff concludes, “…Sensible, cost-effective regulations not only impose costs, but can also deliver much larger benefits by protecting air and water, not to mention bolstering the industry’s social license to operate… markets will trump policy in determining the outlook for U.S. domestic energy production.”