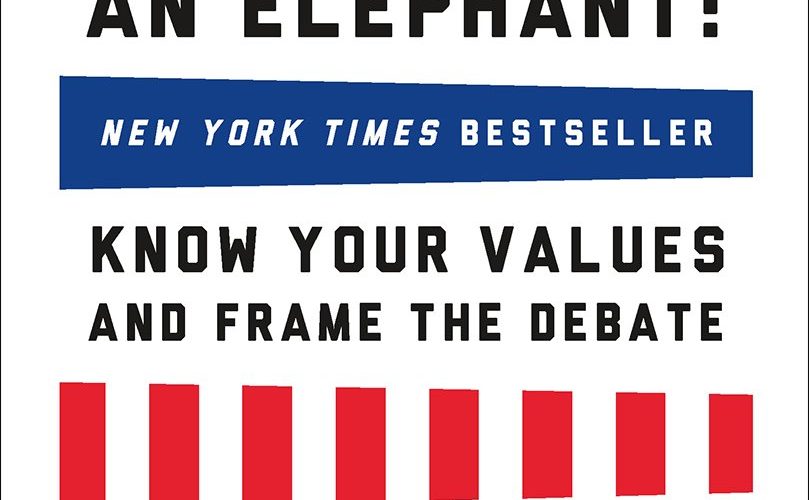 Why have the Democrats been having such a hard time passing environmental legislation? And everything else, for that matter?

Despite control of both houses of Congress and the White House, even the measures they get through (like the Health Care Reform, or the pending energy bill) are watered-down, half-baked compromises that Democrats have to hold their noses to vote for and Republicans still demonize as socialistic budget-busting disasters.

George Lakoff explains it all. He says the Democrats’ messaging is a disaster… or rather, the Democrats have been falling into the pattern he calls “Disaster Messaging”.

Here’s his bullet points on how the process goes:

• The Republicans outmessage the Democrats. The Democrats, having no effective response, face disaster: They lose politically, either in electoral support or failure on crucial legislation.

• The Democrats then take polls and do focus groups. The pollsters discover that extremist Republicans control the most common (“mainstream”) way of thinking and talking about the given issue.

• The pollsters recommend that Democrats move to the right: adopt conservative Republican language and a less extreme version of conservative policy, along with weakened versions of some Democratic ideas.

• The Democrats believe that, if they follow this advice, they can gain enough independent and Republican support to pass legislation that, at least, will be some improvement on the extreme Republican position.

• Otherwise, the pollsters warn, Democrats will lose popular support — and elections — to the Republicans, because “mainstream” thought and language resides with the Republicans.

• Believing the pollsters, the Democrats change their policy and their messaging, and move to the right.

• The Republicans demand even more and refuse to support the Democrats.

Sounds pretty lame, doesn’t it? Not much of a recipe for governing.

Lakoff goes into great detail how “framing” works – how the brain places new ideas into a conceptual framework, and how that framework can be manipulated by the media, by talk radio, by politicians, etc.

In politics, the high-level frames are moral frames. There are opposing conservative and progressive moral systems. Important political concepts are “contested,” overlapping in some classic cases, but diverging in content depending on the moral system. Thus, vital political concepts like Life, Freedom, Responsibility, Government, Accountability, Equality, Fairness, Empathy, Property, Security, and so on are contested.

A major goal of political framing is to get your version of contested concepts accepted by the voters. Messaging can then use these concepts and their language freely and effectively. That is how framing works generally — independent of whether the frames are used in politics. In politics, bi-conceptual voters can shift back and forth on an issue, depending on how the issue is framed in terms of higher-level political systems.

And that’s where things break down. Lakoff says that conservative have a lean, mean, meme-spreading machine, through institutions like think tanks, talk radio, and booking agencies that get conservative thinkers booked on TV. They spread conservative frames not just as talking points, but as long-term, morally based absolutes.

Democrats don’t do that. He says they tend to work issue by issue and short-term.

Democrats tend not to understand how framing works, and often confuse framing (which is deep, long-term, systematic, morality-based, and conceptual) with messaging (which is shallow, short-term, ad hoc, policy-based, and linguistic).

This situation puts Democrats at a messaging disadvantage relative to conservatives, which leads to conservative victories. Hence the regular need for disaster messaging.

So what can Democrats do?

The general Democratic response to an electoral setback is to poll the public. Many people repeat the messaging they’ve been getting: conservative messaging and conservative framing.

There’s lots more, including his suggestions for alternatives – for starters, building up Democratic institutions to take on the conservative ones. He took a stab at that with his Rockridge Institute think tank, but because Democrats didn’t get the importance of messaging (and tend not to get scads of money from large corporations), it folded after just five years.

George Lakoff is the author of Moral Politics, Don’t Think of an Elephant!, Whose Freedom?, and Thinking Points (with the Rockridge Institute staff). He is Richard and Rhoda Goldman Distinguished Professor of Cognitive Science and Linguistics at the University of California at Berkeley, and a founding senior fellow at the Rockridge Institute.

(From Red Green and Blue)