You may not like cryptocurrencies, but the blockchain technology they’re built on has a massive number of applications in finance and commerce. Everyone from IBM to Deloitte to JP Morgan is building stables of blockchain engineers and specialists as they prepare for this inevitable future.

From just a trickle of jobs two years ago, hiring activity in blockchain now esembles a fire-hose. Here’s a snapshot of the current state of hiring around the globe.

Note: The actual number of US openings as of yesterday was 1,967, but that figure skewed the scale of our map so much that everything else flattened out. So we’re including a dummy number – 777 – to indicate the US is still the biggest, while allowing a visualization of the rest of the countries. Also, the original map is active and allows mouseover viewing of the numbers – you can see it here at Thinknum Media. 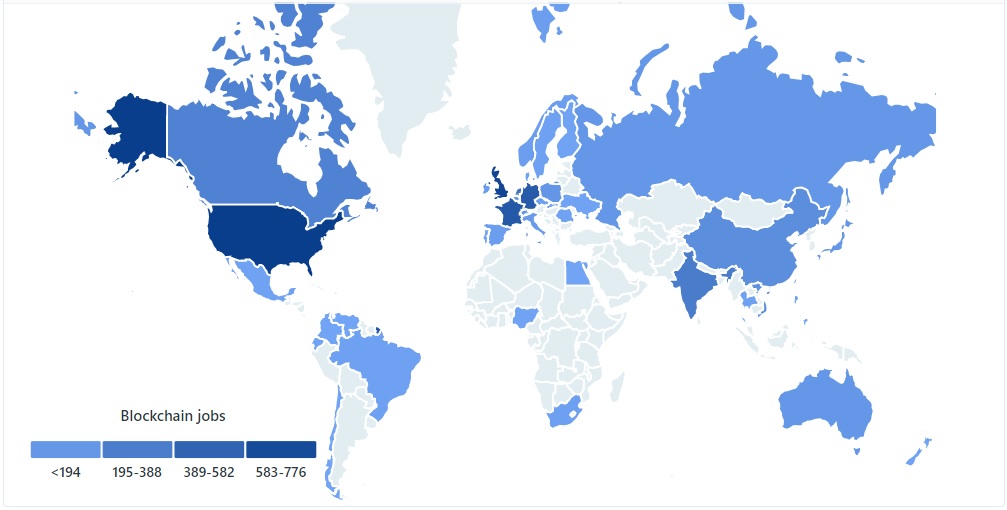