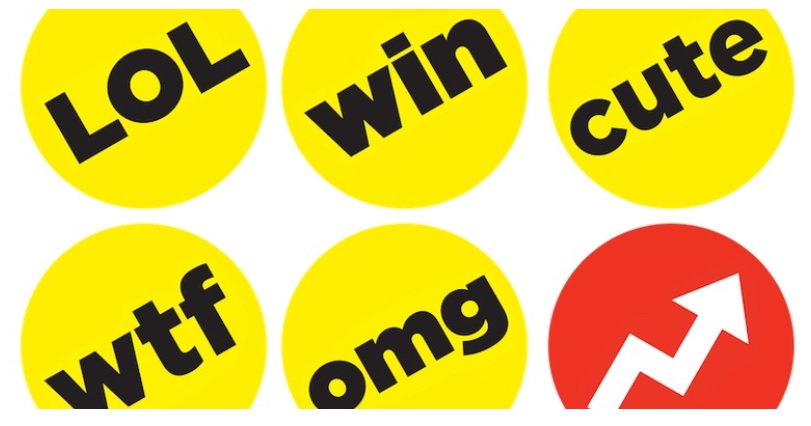 Buzzfeed ($BUZZFEED) has been doing some incredible journalism over the past year, from publishing the Steel Dossier, to exposing Milo Yiannopoulos‘ neo-Nazi content pipeline into Breitbart, to revealing Kevin Spacey’s seamy underside.

But what keeps the lights on at corporate central to support all of that solid reporting? Basically, cat videos and clickbait. And they’re missing the mark there.

The Wall Street Journal reports that BuzzFeed was “on track to miss its revenue target for this year by a significant amount.” The story noted that BuzzFeed was “targeting revenue of around $350 million in 2017 but is expected to fall short of that figure by about 15% to 20%.” This news made their investors sad kitties. Which in turn panicked management.

At Thinknum, one of the things we track is job listings, and you can see it in the numbers: Buzzfeed’s hiring is freezing up.

In November, Buzzfeed announced layoffs of 145 employees – about 8 percent of its global workforce of 1700, including an astonishing 1/3 of its UK employees.

Employee morale hadn’t exactly been stellar to begin with. There’s even been a hot trend, the “Why I Quit Buzzfeed” viral video, which in turn has spawned comedic parodies and immitators. Variety quotes YouTuber Phil DiFranco tweeting “Excited for my new video, ‘Why I Left BuzzFeed.’ I’ve never worked there, but it seems like the easiest way to get 2 million views.”

We also track Glassdoor, where employees can post annoymous reviews of their workplace, from scoring the caliber of the CEOs to rating their own in-house future prospects. Buzzfeed’s rankings there have been, to put it gently, mediocre (although better than media rival Vice). And if you skim through the employee reviews you’ll see a common theme:

When you miss revenue targets, it’s important to show a brilliant new strategy that will reassure panicked investors. So Buzzfeed announced a strategic shakeup, including a change from “native” advertising (ie, advertorials designed to look like articles) to “identity focused content”. And it will be shifting to more traditional advertising, although good luck with that – web advertising is totally dominated by the twin titans of the interwebs, as even BuzzFeed CEO Jonah Peretti admitted in his vision memo. He complained that:

… A lot of onlookers want to take [our slower growth] as a sign of the digital media apocalypse, but in truth it’s something a lot simpler (that doesn’t make for as good a headline): we’re growing up. We’ve outgrown the ability to build our business on essentially a single, very distinct revenue stream. We’ve matured into a portfolio of news and entertainment brands that attract very different audiences and can support diverse businesses. We all need to embrace this change, while fiercely protecting and strengthening the experimental, curious, fun and diverse culture that drives our success.”

But it takes boots on the ground to implement a new strategy – including a ton of new ad sales people to wrest those ad dollars from the twin titans of Facebook and Google, and as of early January, Buzzfeed was still only listing 8 open positions in sales and marketing on the company website, including:

According to Digiday, as of November 15, Buzzfeed had 19 people focused exclusively on churning out clickbait writing high-quality “commerce posts” and “identity-focused listicles, suich as ‘39 Fucking Awesome Gifts For Anyone Who Loves to Swear‘ or ‘27 Gifts Only Math and Science Nerds Will Appreciate‘.”

Identity-focused posts are still a staple, but that team, which is part of BuzzFeed’s editorial operation, has recently begun focusing more on search-centric content, designed to respond to queries people make not only on BuzzFeed’s own properties but across platforms like Google and Amazon and using sales data gathered by Skimlinks.

…Adding search-centric posts also delivers another stream of signals about what its readers want to buy, which Probus’ colleagues in BuzzFeed Product Labs can use to shape their product development pipeline. The past two products that Product Labs has brought to market, including the Tasty One Top cooking appliance and Social Sabotage, a card game it released last month. “We’re trying to create a feedback loop,” Probus said.

If that sounds scary… it is. Maybe, like Elon Musk, Buzzfeed is looking to get rid of pesky employees and replace all of us ne’er-do-well writers with AI engines that can create perfectly-written stories that will entice you to click and tell you precisely… nothing.

Background: Thinknum tracks data on Glassdoor.com, which is populated with anonymous workplace reviews from current and former employees. Its scale ranks companies from 1 to 5 on company culture, compensation, management, and business outlook. I.e., the things that can make an employee happy or miserable. The average overall satisfaction rate for all companies is 3.3 points out of 5.0. Think of it as a Yelp or Zagat to gauge labor satisfaction at an employer, and you won’t be far off.